Bend your knees for a whole new perspective – taking your images from average to epic in just a few inches.

I have recently been testing the Fujifilm X-T1, with the 50mm-140mm F2.8 lens and I’ve begun to discover the pros and cons of the mirrorless camera. Whilst visiting my friend Macca for a few drinks one Saturday afternoon, we spotted a flock of wild Rainbow Lorikeets, attracted by the feeder he hand-made and hung in his garden.

From a photographer’s viewpoint

These common birds are exceptionally beautiful and we native Aussies probably don’t appreciate them enough! But to a photographer especially, the vibrancy of the colours are hard not to notice and I found myself pointing the XT1 in their direction.

Looking down the lens with my aperture wide open to F2.8, I aimed to get one bird in focus, with the background blurring off into the framework. 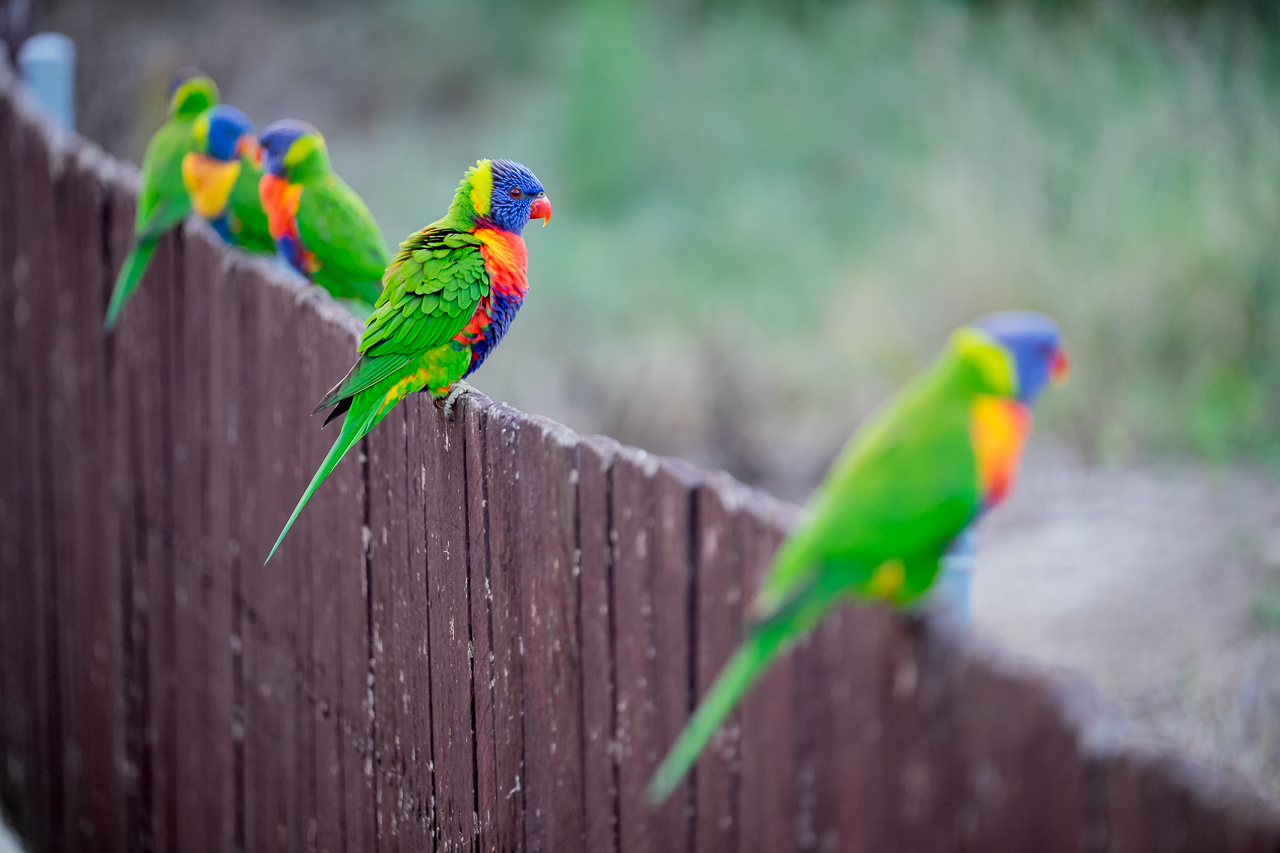 I took my first shot quickly, before they had chance to move and then chimped the back of the camera to check it. The shot was ok, but it wasn’t perfect. So I took another. 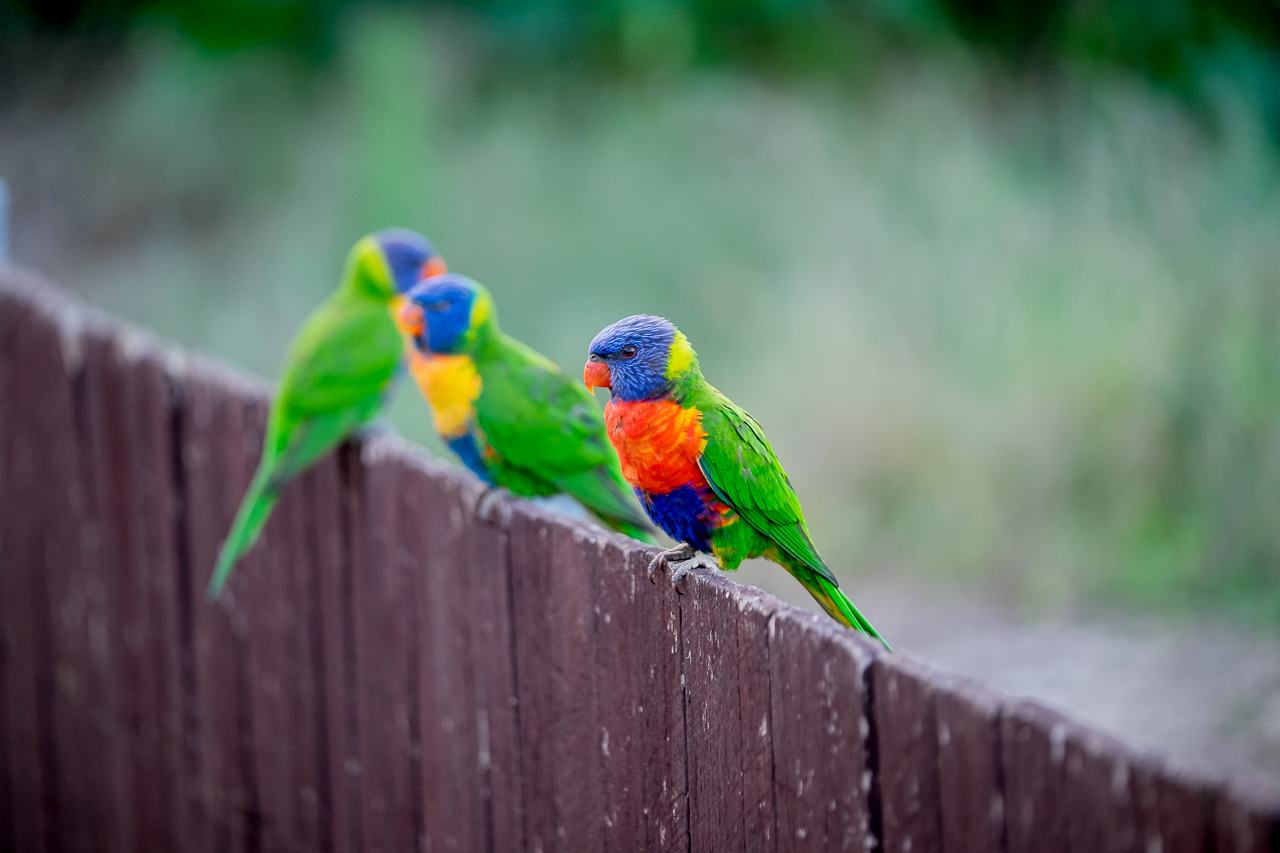 Trying out a different perspective

Reviewing the images I had, I knew the shots were ok – the main lorikeet was in focus, the colours were strong and the birds were interesting subjects to look at.

However as I took one more shot, I decided to bend my knees to get a lower angle, shooting up on the birds on the fence. 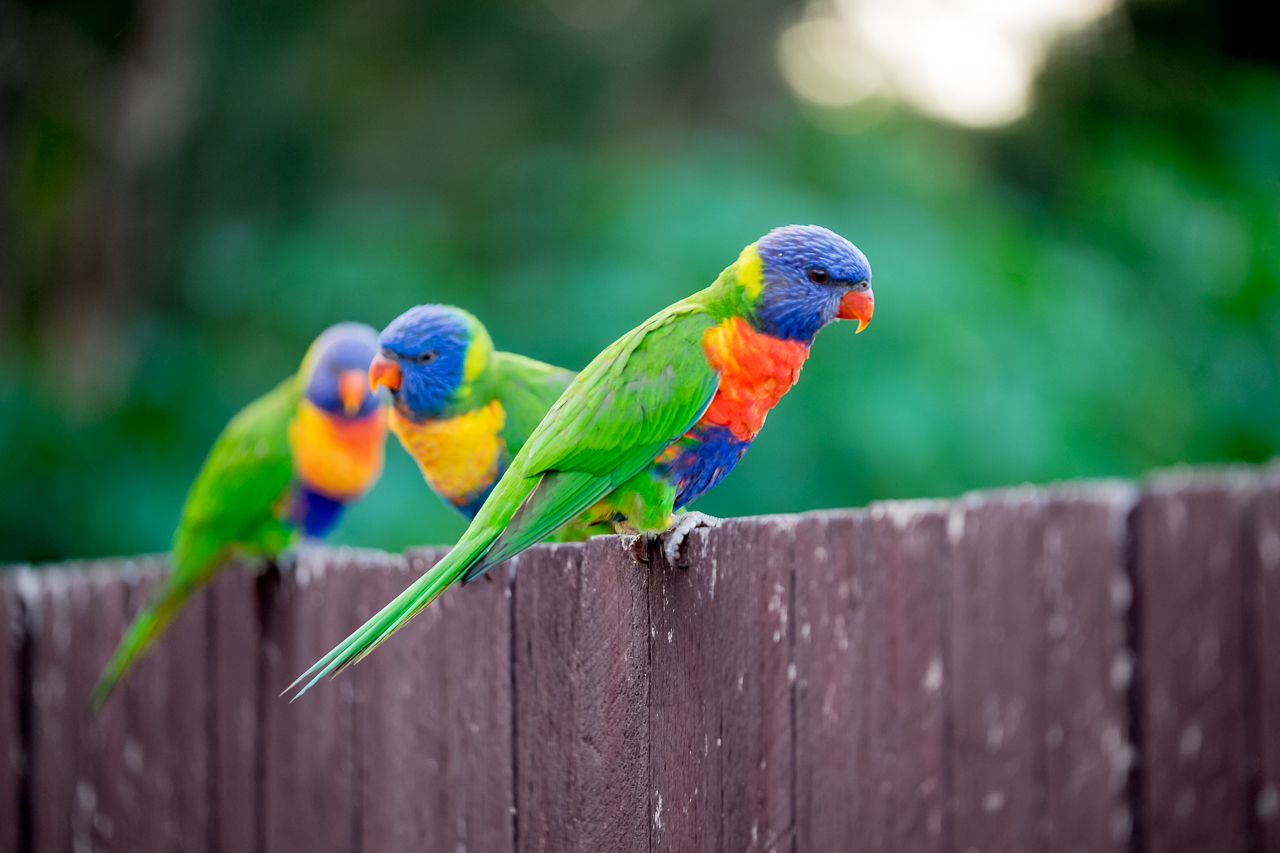 How I decide for a final image?

The final shot I took had a much stronger perspective and for me, this is the image I’ll keep.

The final image (click on it to see it LARGE)… 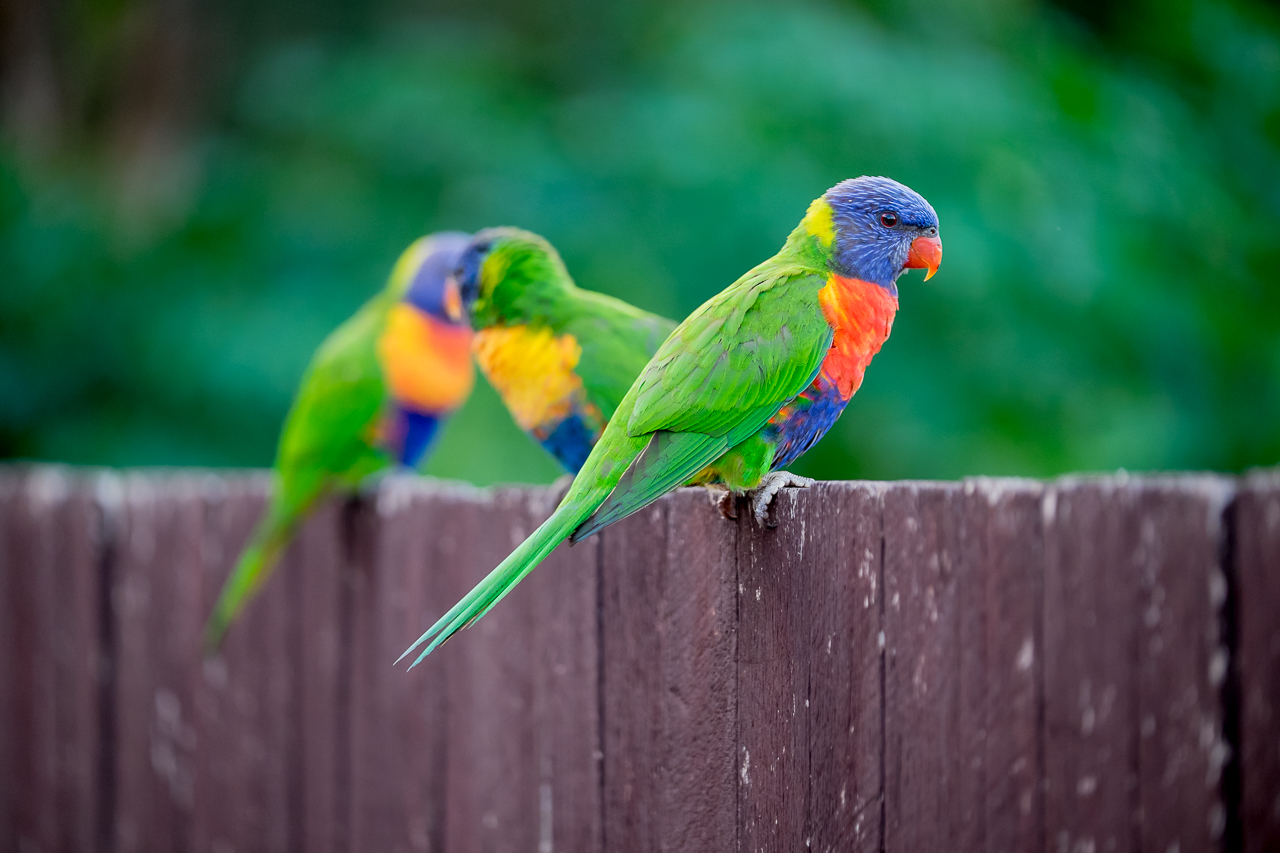 Had I not bent down for a slightly lower angle, I would not have achieved the image which in my opinion, is a much stronger perspective and composition. Have you ever been shooting and not quite got it right, then moved every so slightly and nailed it?

Tell me your stories in the comments below!