What an amazing weekend. We won 2 awards at the Australian Professional Photography Awards in Sydney over the weekend. One image was considered for a gold award in the portrait category, but ended up winning a silver with distinction award.

Stacy and I went down to Sydney for the awards presentation on the Monday night, black tie affair. I was presented with my associate honors ribbon from the AIPP, this is part of the process to becoming a master photographer with the AIPP.

Back to the awards judging, can you imagine what it feels like to be in the same room when they are judging your print (which you have put so much effort and energy into) and the judges are arguing about the pros and cons of this print, and you can’t say a thing, well, this is what it was like for me, read more below if you are interested.
The Australian Professional Photography Awards is run by the AIPP (Australian Institute of Porfessional Photographers) and is open to professional photographers from Australia and New Zealand. The judging is of a very high calibre and only the very best prints receive awards. This is considered the be the national photography competition in Australia. 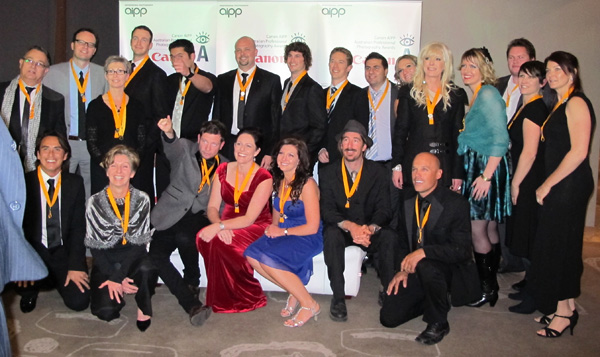 We received a silver award for the body painting protrait print above (it looks like a landscape, spot the girl on the log). This image took half a day to shoot and a lot of preparation and skilled individuals. Behind the scenes video will be released soon. 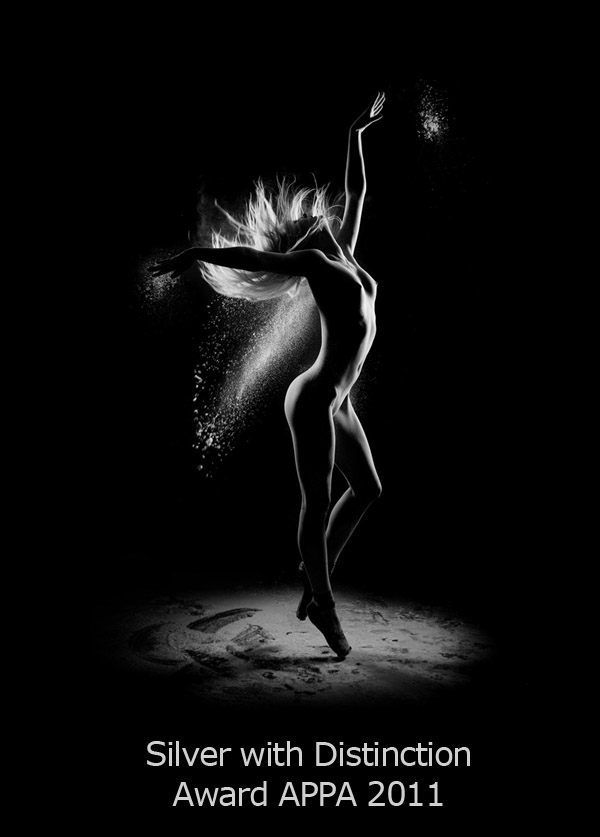 One of the judges challenged this print (the dancer with “dust” b/w print) and argued that the print should receive a gold award (90 points or higher), while another judge argued against a gold award. Once they re-scored my print, it received 86 points which put it into a silver with distinction category. This print also received a silver award in the NSW AIPP awards a month earlier.
Shooting this image was very difficult, and required perfect timing from dancer and photographer, plus maybe a little bit of luck. Behind the scenes video is about to be released.