Hi guys, I’m at a Cable Ski park near Cairns where some guys come around in Cable Skis and they do some tricks off a ramp. In this lesson, I am going to explain how I took some great action photos and how I use auto-focus to capture them.

That means I’m going to set my camera to the proper focus for photographing action photography. On a Canon camera, that’s called AI Servo. It means that the camera is tracking the subject as they are coming towards me. When I fire,  the camera predicts where the subject is going to be and fires the next shot.

Here’s one of the guys coming along. How good was that? Click on this image to see it LARGE 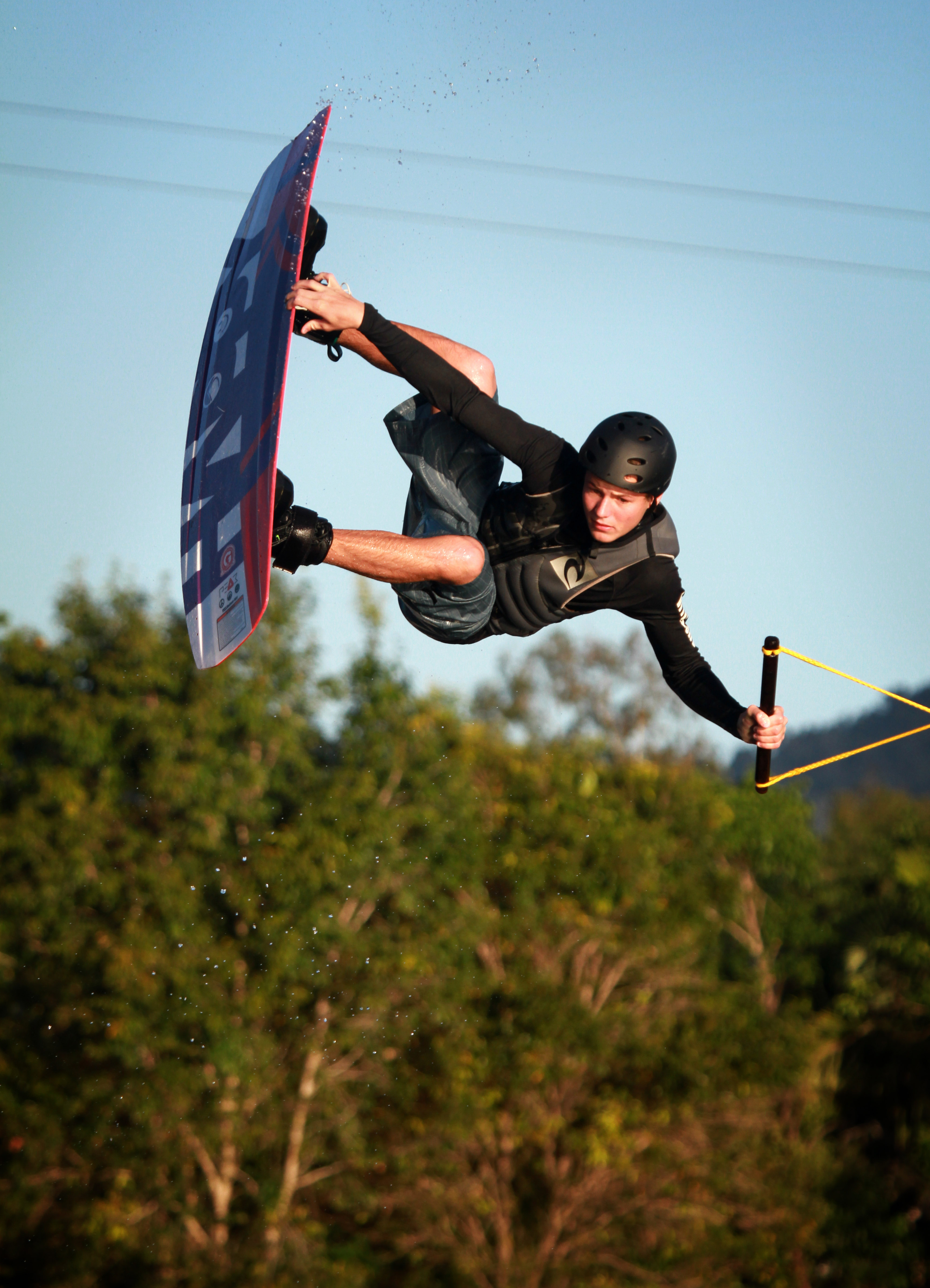 So, here’s how I did it. I just press the shutter release button, hold it down, and fire – you probably heard the camera went “tick, tick, tick”. It’s photographing at a very high speed. I’ve set it to high speed drive, which is like a motor drive.

But, the main thing that you need to remember is to focus on the focus setting. So, I’ve set it to AI Servo to track the rider as he comes toward me.

Let’s have a look at some of the images that I’ve photographed at the Cable Ski Park.

Here’s the first guy who jumped. 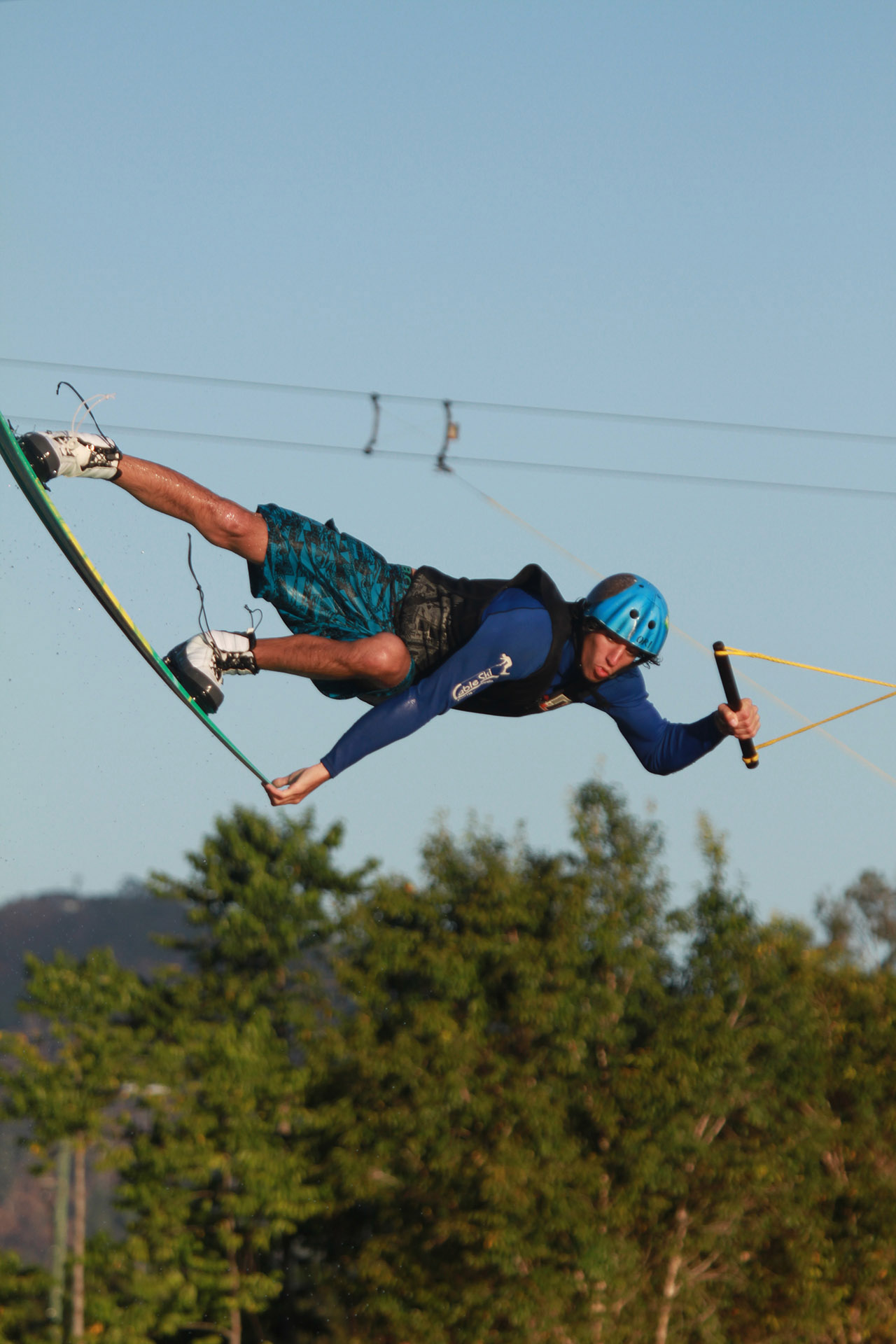 I shot this at a shutter speed of 1/1000 sec – that’s a pretty fast shutter speed. My camera is set to time value (Tv) or shutter priority mode and I just let the aperture take care of itself. My drive mode is continuous so it takes a lot of photos in a second, as many as my camera can. I’m shooting with my  100-400mm  lens at a 210mm zoom range. I’m also shooting in portrait mode (picture style) with an auto white balance. I’m shooting at large JPEG. I did not shoot in RAW because this is action photography and I probably won’t process these images too much. 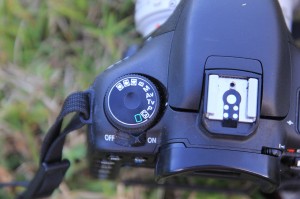 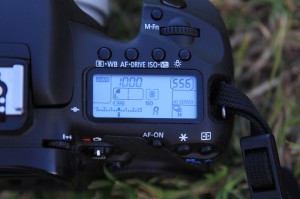 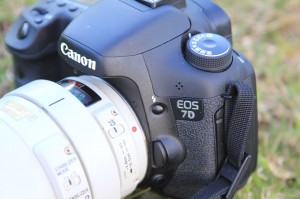 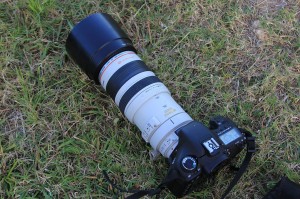 Let’s have a look at how the auto-focus work on this series of riders images. What I’m doing is I’m pressing the shutter release button down – the camera is tracking the rider as he’s coming closer towards me. Let’s take a look at some of the images. I’m shooting all of them at 1/1000 sec a very fast shutter speed.

The following sequence is from the first rider – click on each image for a larger view. 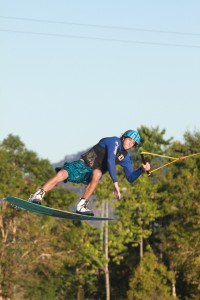 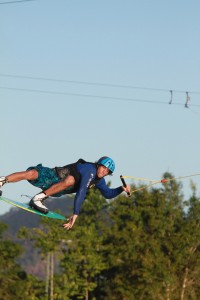 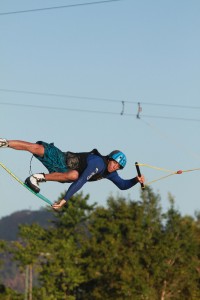 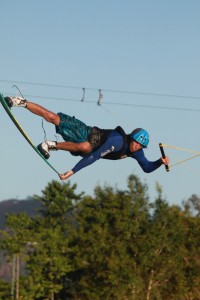 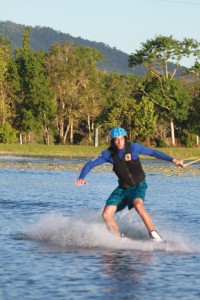 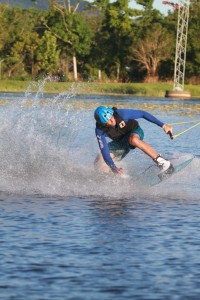 Have a look at the sequence above: Notice the following as I shoot the rider:

Here’s the second rider, check out this sequence too. 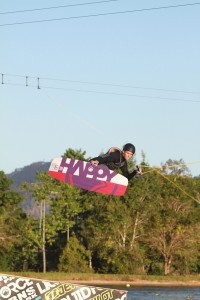 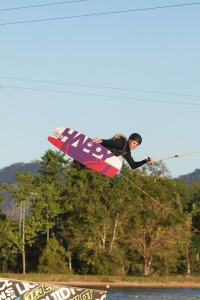 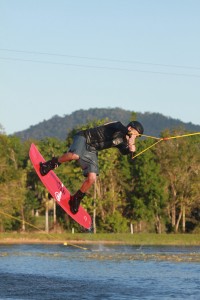 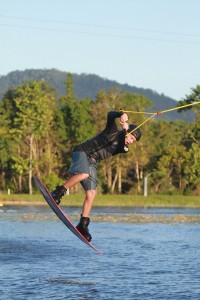 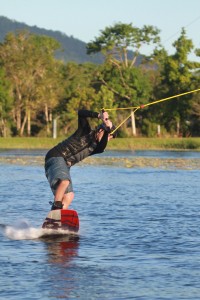 Here he is, doing his maneuver; quite a nice sequence.

I’m actually shooting with the sun behind me. The rider is riding and jumping into the sun, which is a really good way to photograph action because you want to capture the rider’s face. You’d want to light up his face somehow because you’d want to see his expression.

So, that’s the lesson for today:

1. Use AI Servo or the Tracking Auto-Focus when you’re photographing action photography.
2. Use a very fast shutter speed to capture the action – like 1/1000th second

I hope you enjoyed  this action photography tip. Please leave comments below and have a great day! Brent