Inside the Australian War Memorial 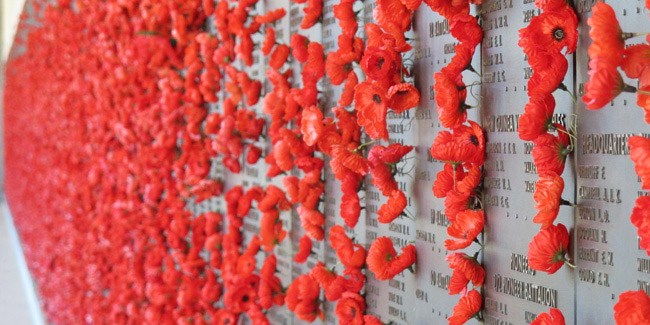 Hi guys, I’m at the Australian War Memorial, which is a very beautiful place.

Photographing with a Point & Shoot Camera Only

As you can see, this is obviously a beautiful, architecturally designed building. I’m looking at this from a photographer’s point of view and  I want to show you how I photographed the building with a point-and-shoot camera to get the best images from something like this. What I’ve done with the aperture and speed, and also some bracketing just to get great images of this very moving place.

0.08 The Australian War Memorial
0:22 Getting the best images using a point and shoot camera
0:45 Run down of the images

Images Straight off the Camera (no editing)

Let’s have a look at the images I’ve captured at the Australian War Memorial, a very moving and touching place. These images are straight off the camera. There’s been no editing at all and I’m going to go through how I shot them and what I’m thinking when I photographed these. 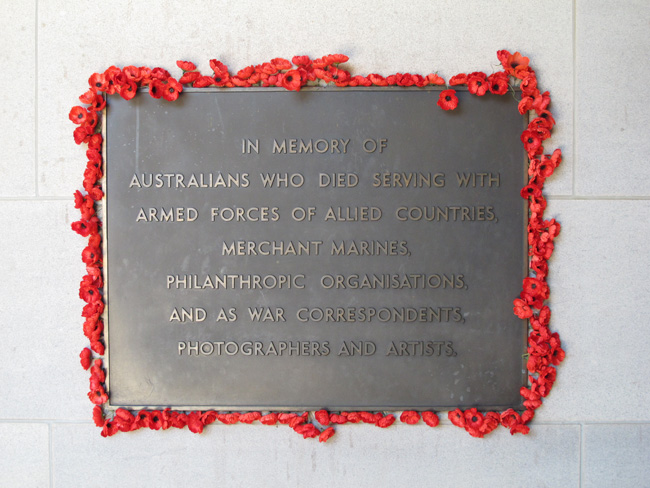 We’ll run thorough this one first. This is a photograph of a plaque. I thought this is quite interesting because it talks not only about the fallen Australian soldiers, but also the war correspondents, photographers and artists. The photographers obviously played a major role in recording history. I photographed this straight on, I bend my knees, trying to get to the same right level so that I get straight lines up and down over there.

The next image I photographed was an image that shows depth and perspective. I got the plaque rigth there and the wall of remembrance where it’s got the names of the fallen soldiers. It goes off into an infinity perspective, showing a 3D effect in a two-dimensional image. I used a shallow depth of field – as explained in my Essential Skills Course Here. 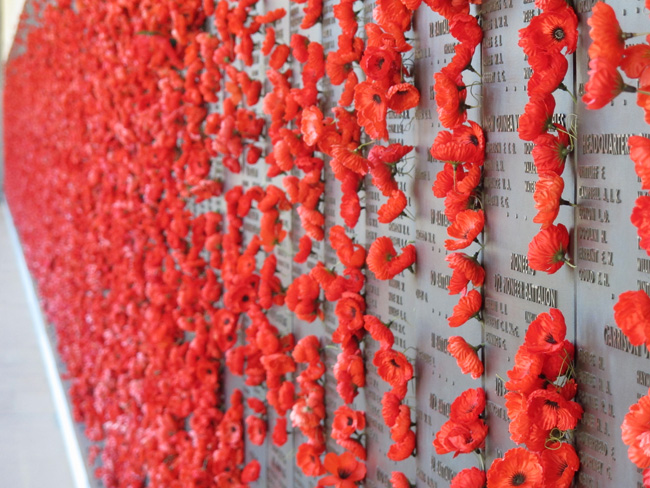 Here I’m showing perspective again. The camera’s horizontal so that the lines are going into infinity right in the middle. 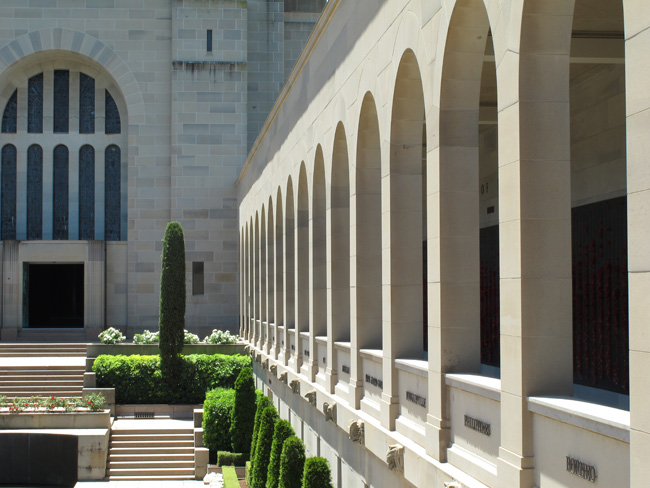 Here’s one that I thought was a little bit better. I want the lines going from the right hand side into infinity, but I wanted the distance to be right in the middle of the image. I’ve got it on the left here. And I’m also showing these arches going into that way. Noctice the use of Rule of 3rds? 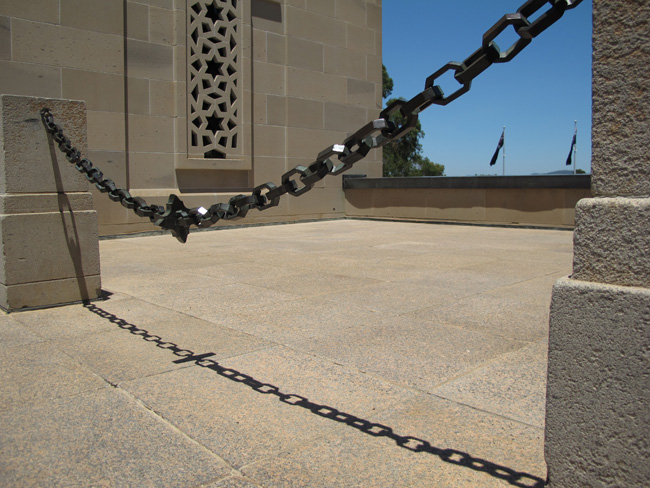 You’ll notice in this one I’ve got the chain link going from the top right on the side going all the way into the left. So your eye comes in from the right. I’m using a bit of composition in this image.

Tips for photographing Architecture with a Point and Shoot Camera

So those are a couple of images that I photographed at the Australian War Memorial. You can actually capture some great images with a standard point-and-shoot camera as long as you get a little creative.

P.S. If you like this travel photography tip, then check out my Art of Travel Photography Course.