Kids Beach Shoot in the Rain

Highlights from this video:
0:25 Bad Weather
1.23: Images of Kids Playing in the Rain
3:17 Photography Props for Bad Weather
3:54 Keep the Shoot Dynamic
7:20 What We Learned

Let me give you a little background about what happened on this photo shoot. The Meyers – Cheri, Matthew, and the kids – had scheduled a shoot and it was the only day that  Matthew could get off work.  We couldn’t really re-schedule it. The weather was horrible, a southerly change came through and it was raining and cold.  Anyway, I told them to come down and we went to a beach where it’s a little bit protected from the wind. When we got there, it was drizzling, but it wasn’t raining too badly.

Kids Playing in the Rain

The first thing I did was, I got the kids to run around the beach.  We played races and we had a few games, which helped warm them up. It made the shoot a little bit more fun and they weren’t thinking about the bad weather anymore. 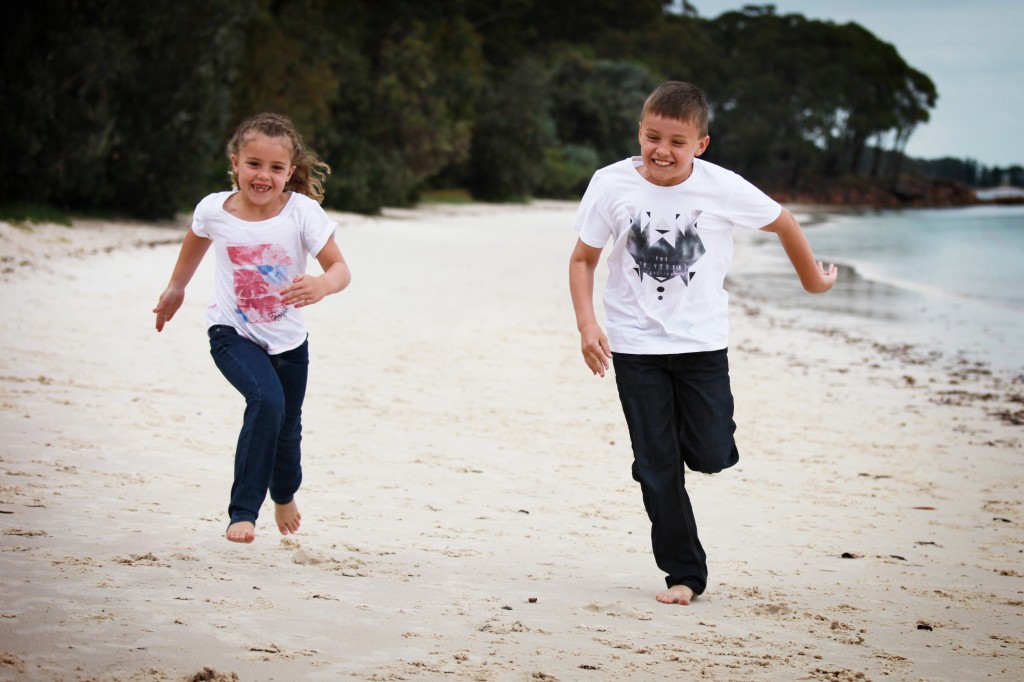 I had them racing together and then I also had them running individually.
When it did rain harder, we went under cover, but I still tried to keep the photo shoot going. Don’t stop shooting just cause the weather is bad – “maybe now is a great time for close-ups”.

Open Eyes – No Squinting in Sun

This is one of the images that they really like because of the darker background; there’s a little bit of water even though it’s a little bit grey caused by the rainy day. Everyone’s looking at the same direction and they have their eyes open – not squinting, which normally happens on the beach when it’s really sunny. These images would make for great black and white prints, too. 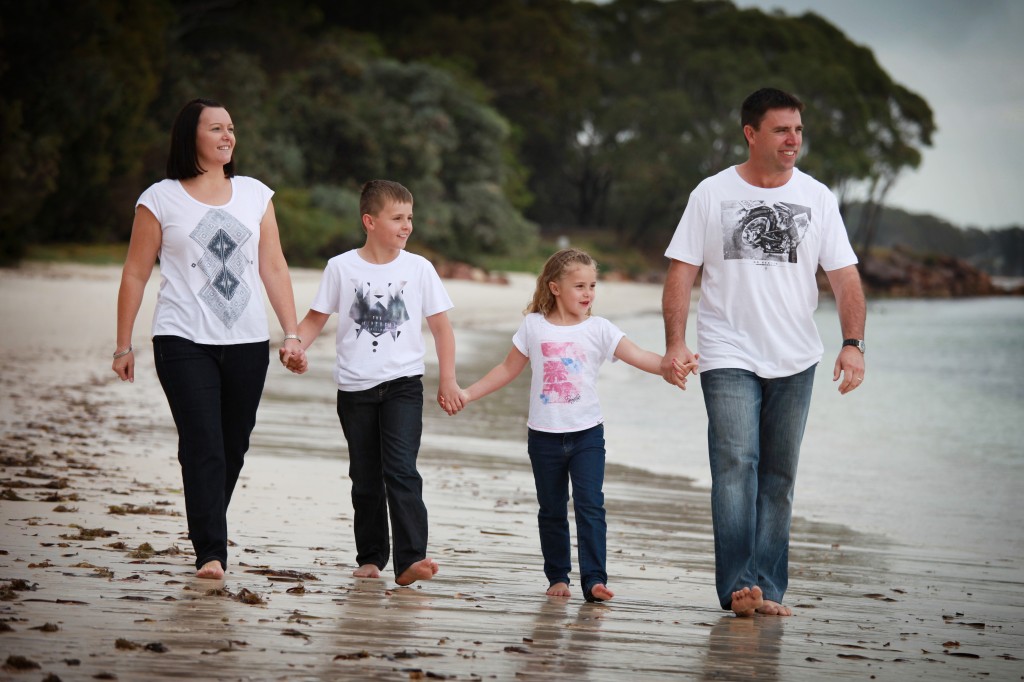 Another great thing that you can do is use props when you’re shooting in bad weather. Luckily, they had an umbrella in the car. Everyone was playing around, running, and chasing with the umbrella. It was fun! 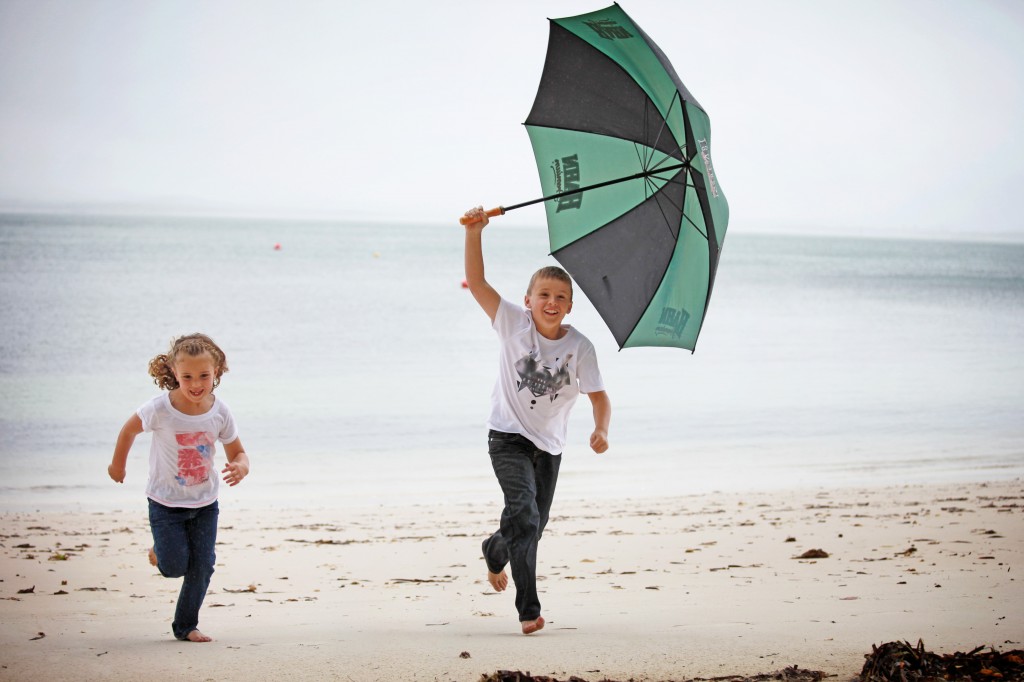 That’s the wind catching the umbrella. You probably see that there’s some major rain in the background. We’d run into the trees to get away from it and then we’d come out again and play on the beach.

I tried to keep the shoot dynamic; full of action and fun, running , playing games, and being close to each other. This family is very beautiful and they are a really close family. When it started to rain a little harder, I took everyone under the trees and we tried to get some more close ups.

Closeup Photos Under the Trees (Away from the rain)

I got the kids to sit on a log and then asked the parents to go behind me and  jump around and be clowns – get the kids to laugh at them (or with them).  It’s a beautiful shot and as you can see, I’m shooting with a wide open aperture so that I can get that beautiful, shallow depth-of-field. 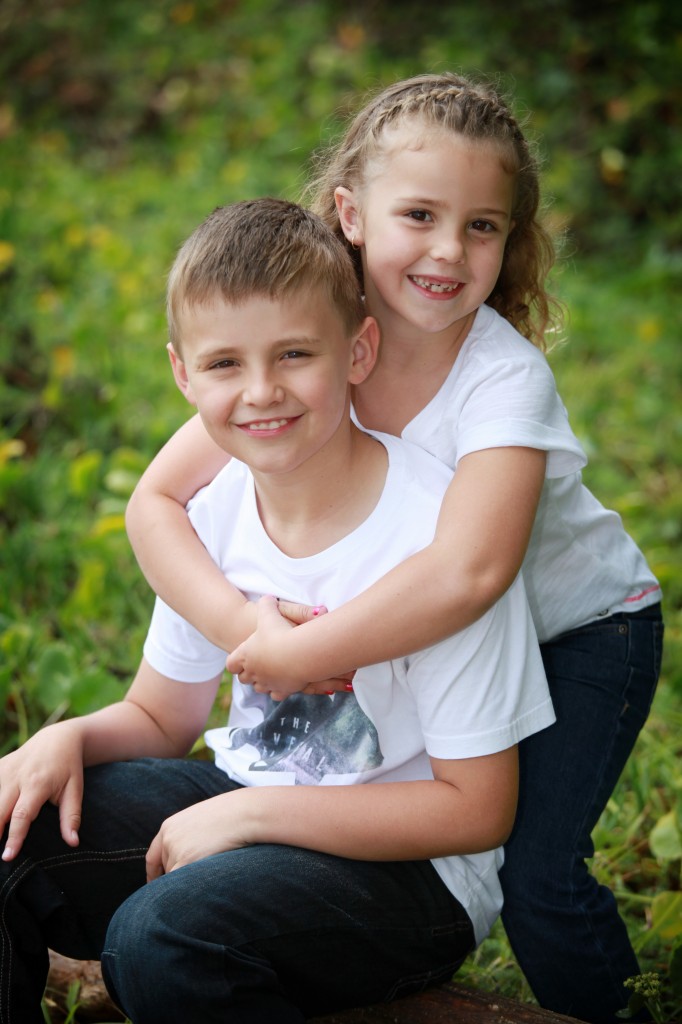 We also got the whole family portrait and this time  I was the clown jumping around and being funny. 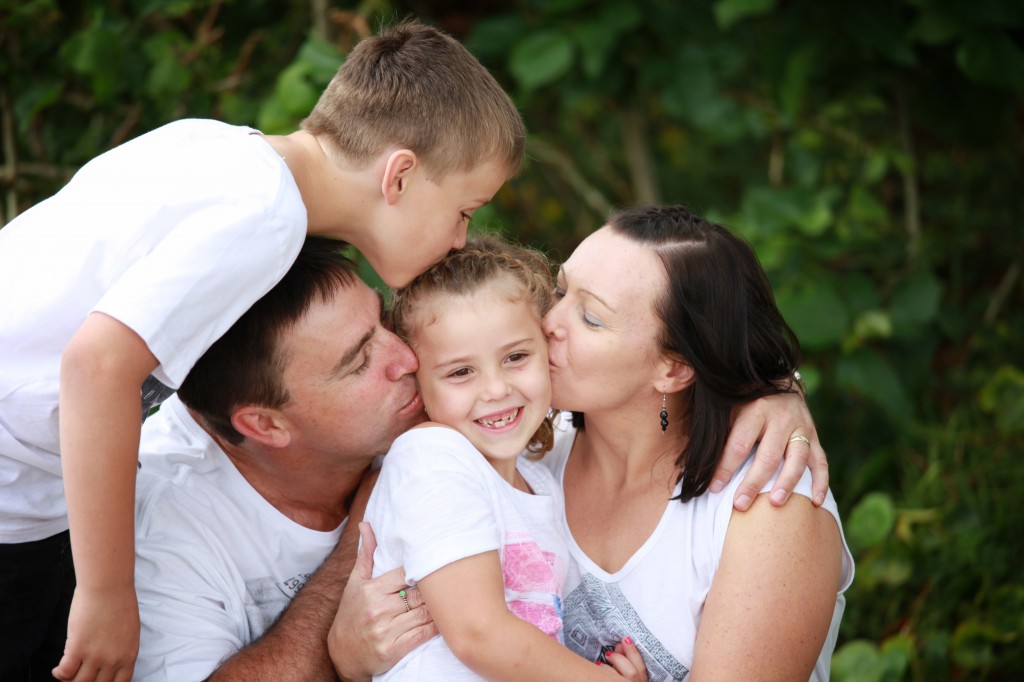 I got them looking at each other, so we can get some nice family shots.  This image shows interaction between family members.

After the closeups, I got them on the beach and tried to get some different angle shots mainly because I noticed that Matthew and Harry were starting to squint. The dark clouds were starting to clear and the water was looking much better. 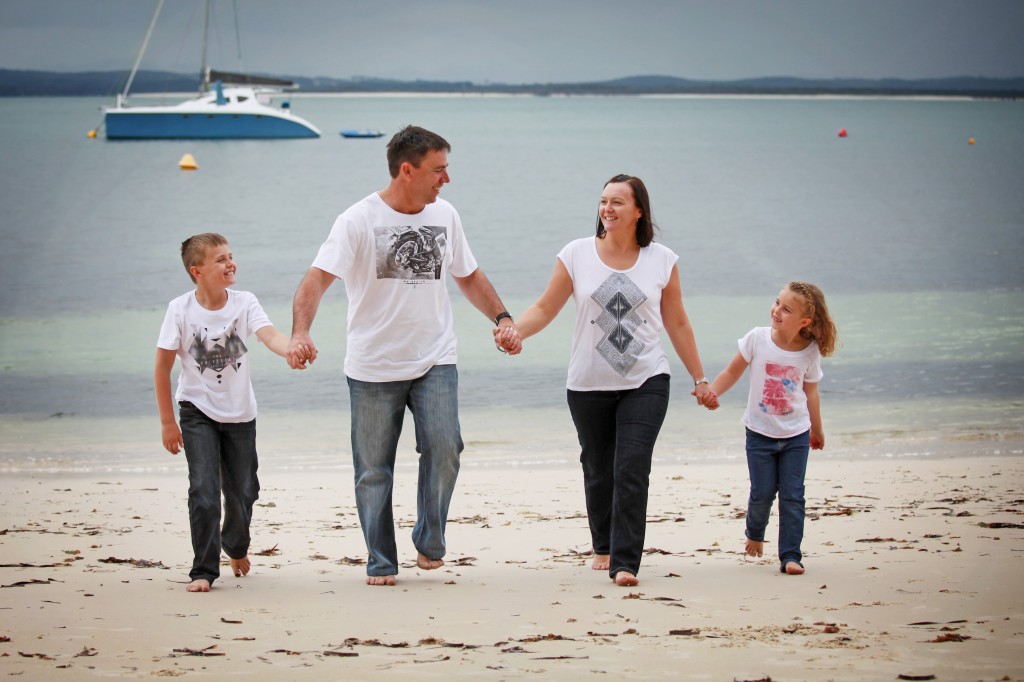 Action Photography Helps with the Flow

Chelsea wanted to skip for me; she brought a skipping rope along and we had her skip around a little bit. I got a couple of shots with very fast shutter speed at 1/1000 of a sec with an F4 aperture. 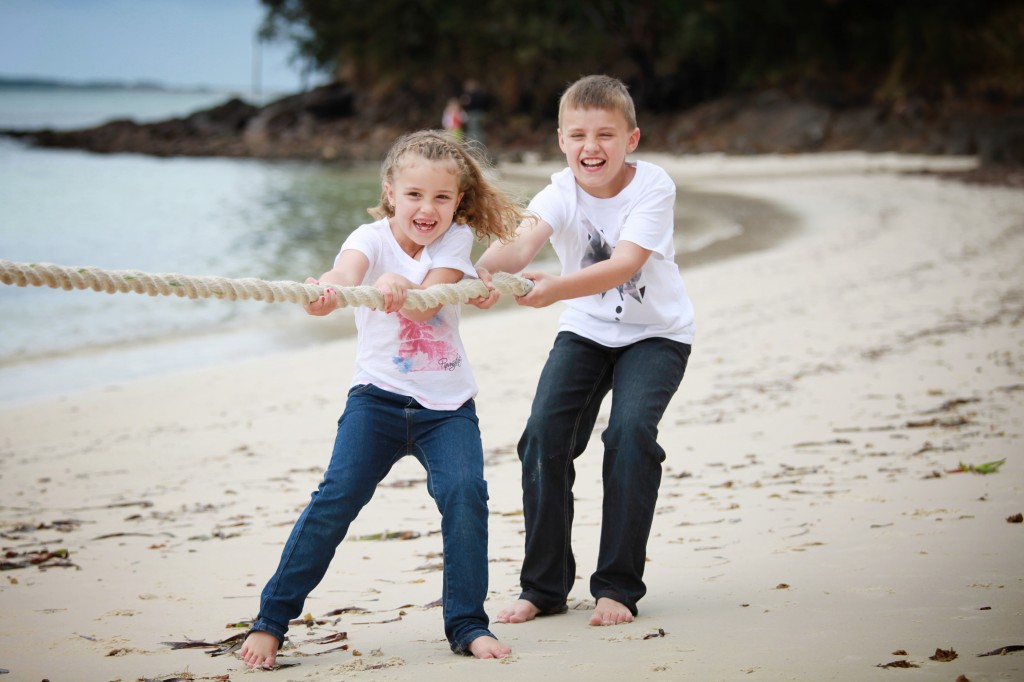 Then I brought out the tug-of-war rope.  We started with the kids against the parents, which I think is always an interesting idea. I was shooting in the same direction and looked around the beach for the part where the light was the best and I had dark background behind my subjects. Kids always give the tug-o-war game everything they have – especially when they are up against their parents.

So what did I do to make this a successful shoot?

This family loved their images. They’ve got some large canvasses and they’ve also got a collage of the rest of the images to hang on their walls.

As you can see, we did get some great images even though the weather was not so good. It just shows that when people really appreciate what you can do as a photographer, they will come and get those amazing, magical shots that the family hasn’t really had in the past – action shots and real un-posed interaction between family members.  They really loved these shots. It shows the love between the family, their togetherness; how they’re close and how they’re full of action and full of fun.

Something to Try – When it Rains

Here’s something you can try when it’s about to rain on your scheduled photo shoot:

When you’re running a photography business, you can’t always worry about the weather. If it’s bad weather, you should still go ahead with the shoot because if you don’t, then possibly you may never get this family on the beach, together again. Life happens and everyone is busy.

What do you think about this video tutorial? Did you like it? Please leave me comments below and I will reply to your comments.

This is Brent, have a great day!