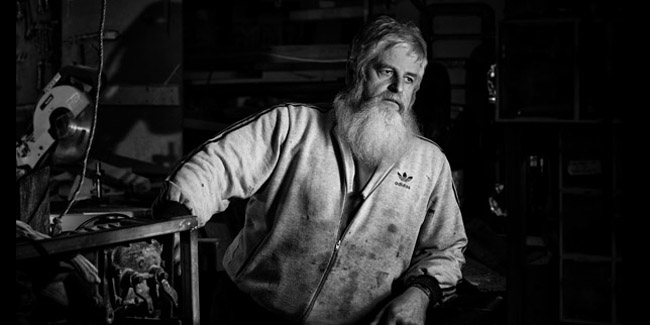 After we ran our Beauty search competition on facebook, and I entered the image (above) of Macca in his shed (he got about 157 votes by the way, beat most of the contestants), I have had many people ask me about this man.

So, today I went over to visit Macca… with the usual Anna Bay Thai meal (with extra chillies of course) and I asked him a few questions.

Here is his story, but before I start, I’ll include another image from the same shoot… 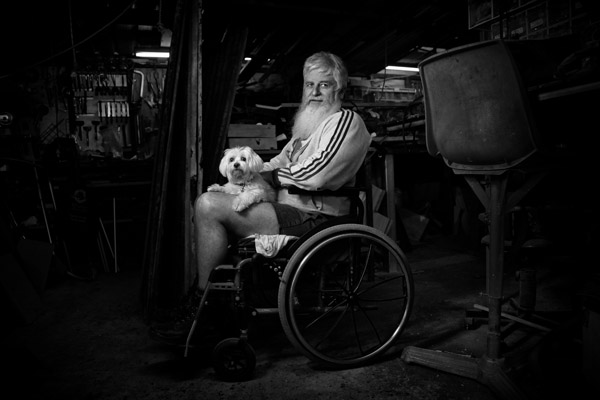 He lives in Anna Bay with his little dog “Casper”, and loves to build things out of wood and wrought iron in his workshop at he rear of his property. He is a super good craftsman, and I have had many things built by Macca over the past few years, including all sorts of furniture for our home and bit and pieces for my photo studio.

These images I photographed were designed to show Macca as I see him… a great craftsman who loves to work in his shed, and also loves his dog, and does his best to get things done with his disability. I shot them all in his shed, using off camera strobes to focus the light on macca and to give the images a rough, dirty, real feeling. Hope I got that across to you guys? Should I enter one into the next AIPP awards?

Macca loves his mac computer too, he spends hours working in photoshop, taking images of his friends and then super-imposing different “mainly compromising” scenes into the images, and then emailing them back to his mates. He is a bit of a prankster, and loves a good joke. Warning: Don’t get onto his spam list!!!

He also loves a good scotch whisky. I found this out the hard way, when I tried to pay him for a carpentry job with a less than superior bottle of whisky! 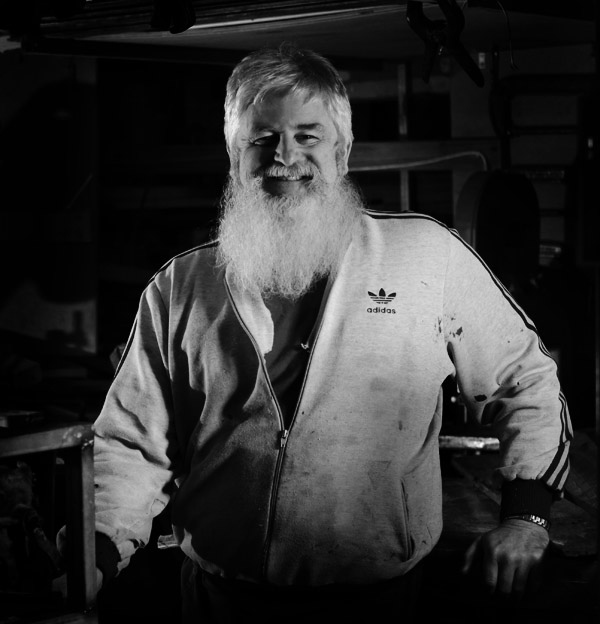 Here is a little about Macca’s past:

His family moved to Australia from Ireland when he was a baby and eventually settled in Tasmania. This is where Macca grew up. He joined the Air Force when he was 17 and stayed with them until ’89 when he worked for hunter aviation as an aircraft structural fitter.

Macca tells me he loved the travel and adventure he has when he was deployed overseas. I can only imagine all of the mischief he got up to….well, he has told me about some of it, but I can’t repeat it in public:)

Macca was injured a few times while playing rugby in his youth, and then finally while working on an aircraft. His back has never been the same and he has had many operations and gone through some major pain. He is now in a wheel chair to get around, but can still prop himself up on his legs (he kind of locks his knees in) while leaning against something when he works in his workshop.

I asked Macca how he wants to be remembered one day, and he answered “Getting on with things”. You see, he is a fighter, and no matter what difficulties have been thrown at him in the past, he always manages to recover and get on with life.

Any regrets? He tells me that not having kids is his biggest regret, and maybe his marriage breakup.

Maccas goals are to get his medical problems sorted out, and get some kind of normality back into his life. He is also waiting to win the Lotto, where he will then buy an ergonomically designed house in the country, maybe near montville on the sunshine coast of QLD.

Macca loves to catch up with his mates! Especially over a beer and some pokies.

So, if you spot Macca at the Anna Bay Tavern, buy him a beer (coopers) or a really good scotch, or just say g’day mate.

Here’s to you Macca, (someone I call my friend). Cheers, Brent 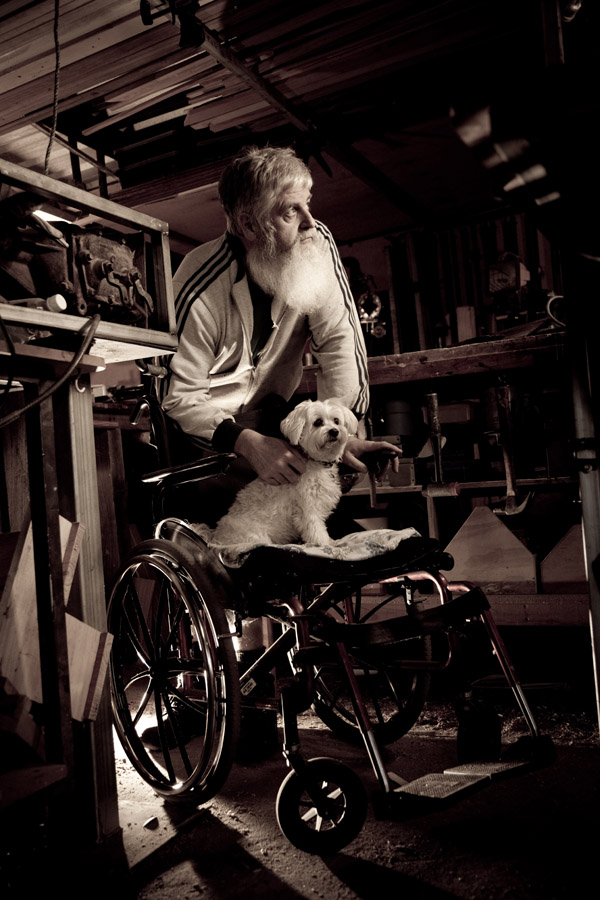