What is the best shutter speed to capture the movement of a model kicking water?

Find out what happened when I tried different shutter speeds for a model shoot I did in a mountain stream!

Watch this video to find out:

What do you do when you are in the mountains photographing a model?

Well, you get her to jump into the ice-cold water and then kick the water droplets into the sunlight and then shoot these at different shutter speeds to see what happens. The results are amazing!

Using the Fujifilm XT-1 with a 14mm F2.8 lens (an incredible combination, by the way), I photographed the droplets which caught the light at differing shutter speeds. 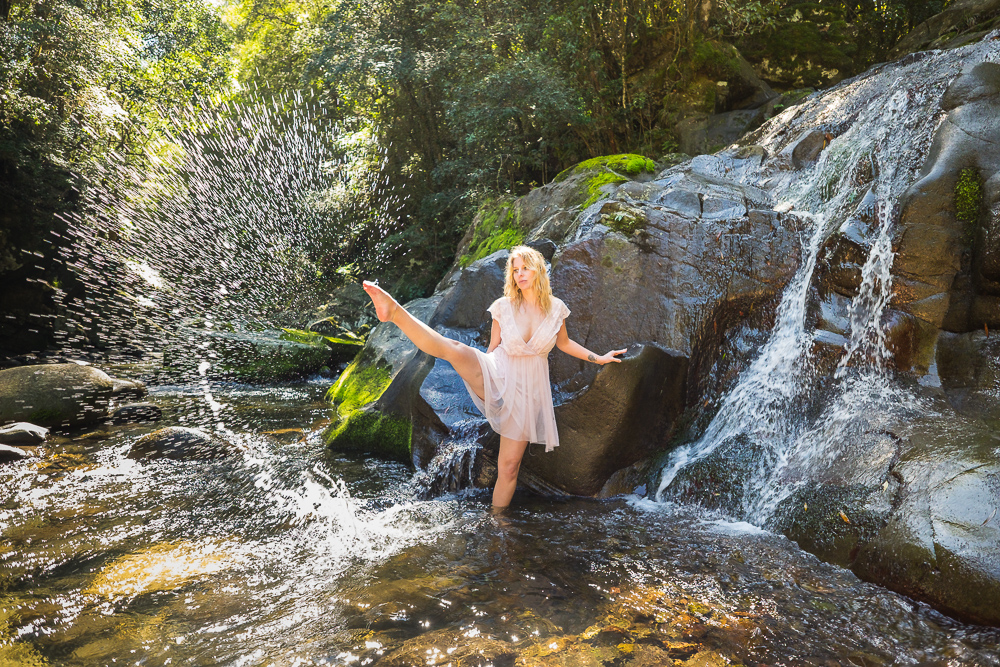 Click the images to see them bigger The fastest shutter speed – 1/180 second at F 2.8 – had the whole scene frozen in time. Nothing really spectacular, and as you zoom into the image you will notice the droplets look ‘frozen’, all of them in almost similar size and shape. Too sharp, I wanted to show movement instead. 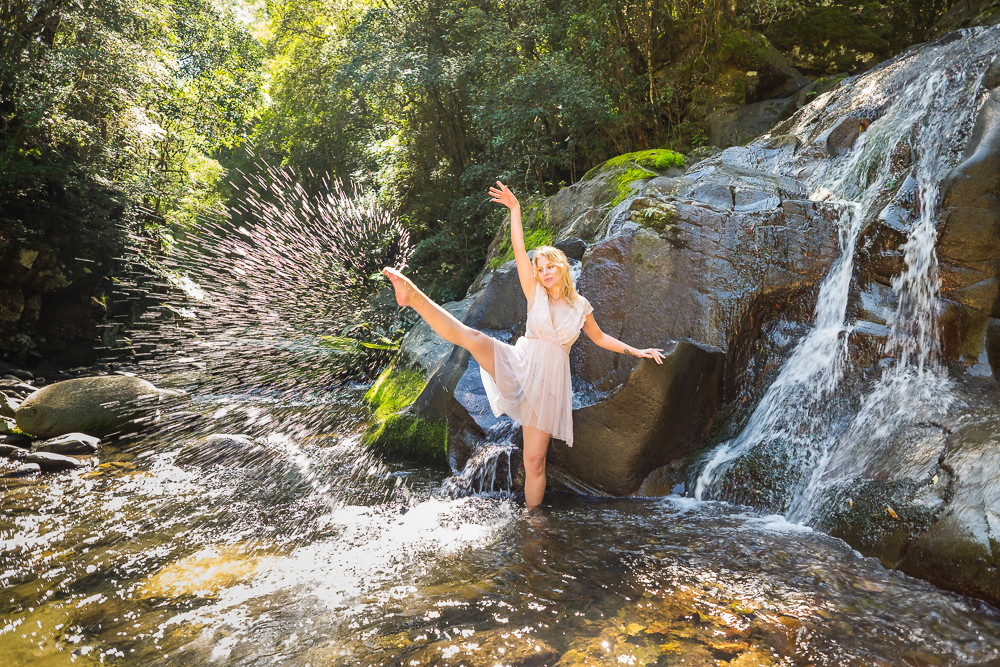 Lets see what happened when I slowed the shutter speed down to 1/60 of a second. The image blurred a little bit but, still, a better image than the first one now with a bit of action in the shot, as the droplets had launched themselves in a more diverse pattern. 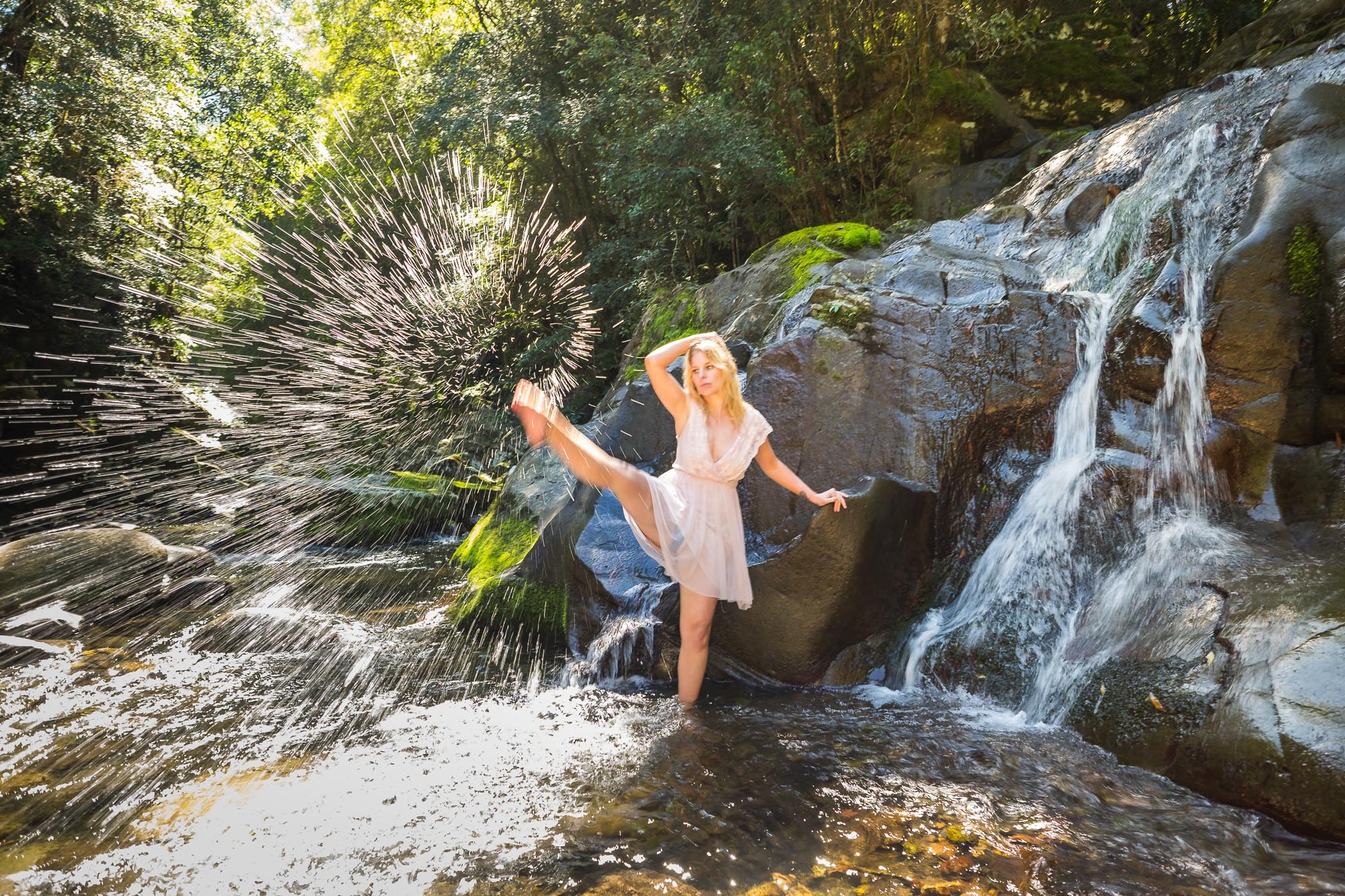 I tried halving the speed to a 30th of a second, and adjusted the aperture to 4 (when you’re getting too much light in your scene because of the slower shutter speed you will need to close down the aperture a little to f/4). The water droplets have become ‘funkier’ as they went in all directions – some of them even bending a bit. The droplets that have extended towards one end of the shot looked really cool. Hayley is a bit blurred in this one, though.

Droplets as Sparks at 1/15 Second

Halving the shutter speed even more to 1/15 of a second, with aperture closed to f/5.6, created a spectacular shot that had the droplets flying out like thin sparks of light. Some of them surrendered to gravity as they seemingly bent down, creating a parabola-like trajectory. The thinned out ones leftmost of the image ran straight off the shot. Hayley’s kicking foot got a bit blurred, but her face looked fantastic and sharp. 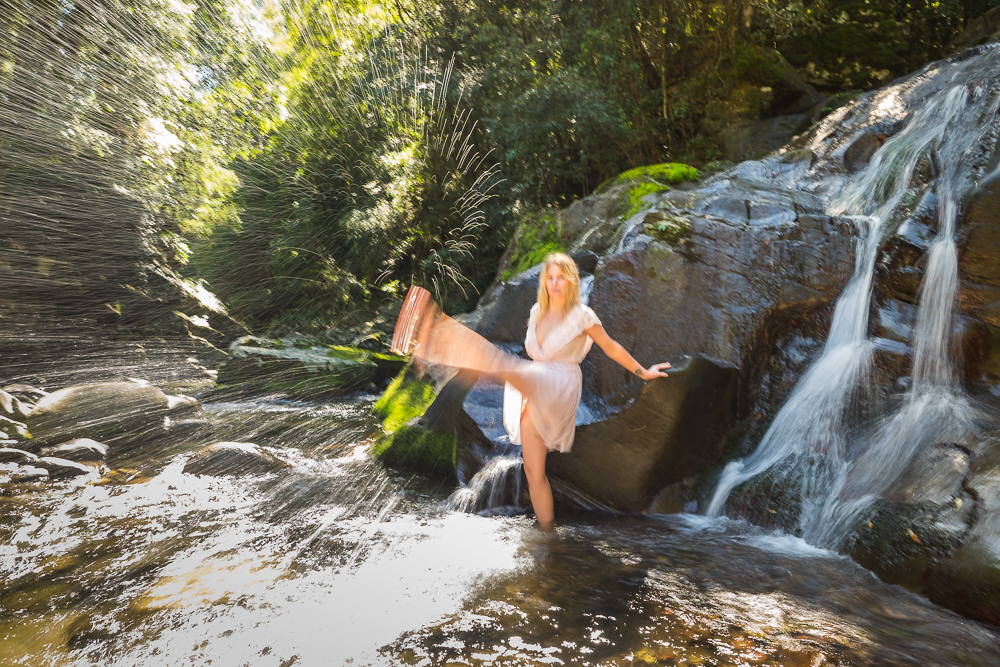 I took the speed down a notch more to 1/8 of a second, with aperture at f/8, all the while battling to keep the camera steady (my bad, should’ve put it on a tripod). Here we got the droplets looking a lot thinner – like wires of light escaping Hayley’s kick (some of them even towards the camera). I had her use her other leg, and it looked really weird with this shutter speed, had both Hayley and the background blurred – my struggling to hold the camera steady might have contributed to the blur though.

What do you think? Please leave me comments below.