I went to the Parliament House at Canberra and had a look at the portraits of the Prime Ministers of Australia. Let’s have a look at some of the portraits I took a photo of and see which ones are good and which ones are bad, and what we can learn from the old masters of portrait painting and how it can actually help in photography.

Highlights from this video:
0:01 Parliament House in Canberra
0:25 What can we learn from the old masters of portrait painting?
0:40 Different portait paintings of prime ministers
5:26 Tips on how to improve portrait photography 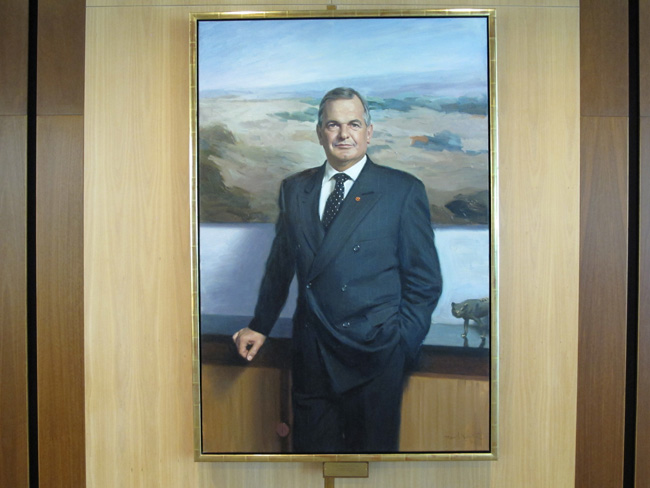 Let’s have a look at the first one. It’s quite a relax shot. As you can see, he’s looking at the camera, his hand is quite relaxed leaning against the back and he’s got one hand in his pocket. Not a bad portrait. 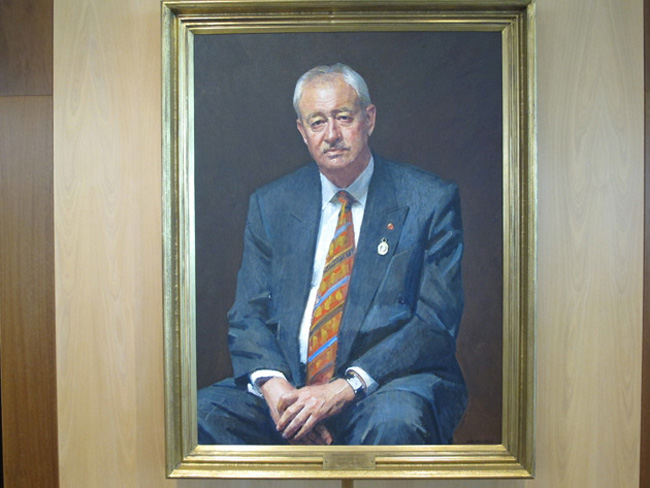 Here’s the next one. He is leaning forward. He’s kind of a bit slumped over and his posture is not the best. But I do like his hands as they’re quite relaxed. He’s got a basically non-expressive look at the camera and his mouth is a little bit turned down. He looks a little sad and maybe a little serious. 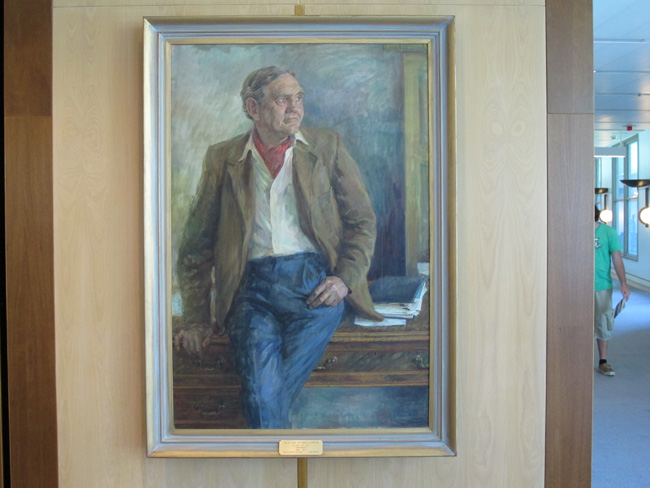 I like this one over here because the subject is not looking at the camera . He’s off-center in the image and his hands are quite relaxed while crossing his legs. It’s a little bit of a feminine pose, not as masculine. He’s looking at the window and he’s got a happy look on his face. I like that one. 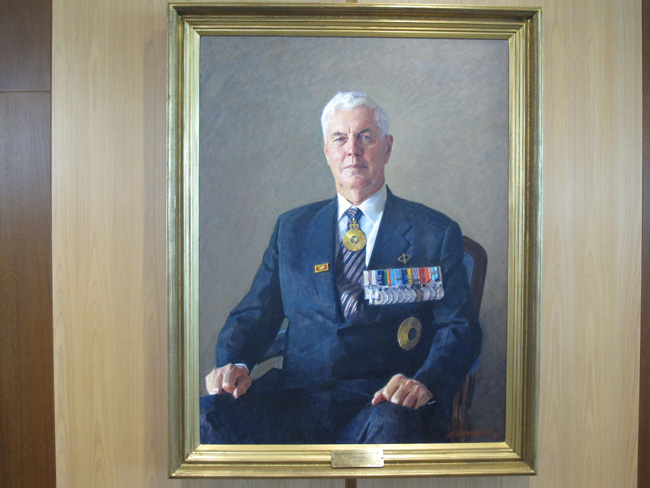 Here’s another traditional portrait. He looks a little stressed because his hands are in fists. He looks a little uptight and he’s got a pretty good posture sitting up straight. He’s obviously a military person looking straight at the camera and kinda looking a little down at the portrait painter, which gives him an air of authority. 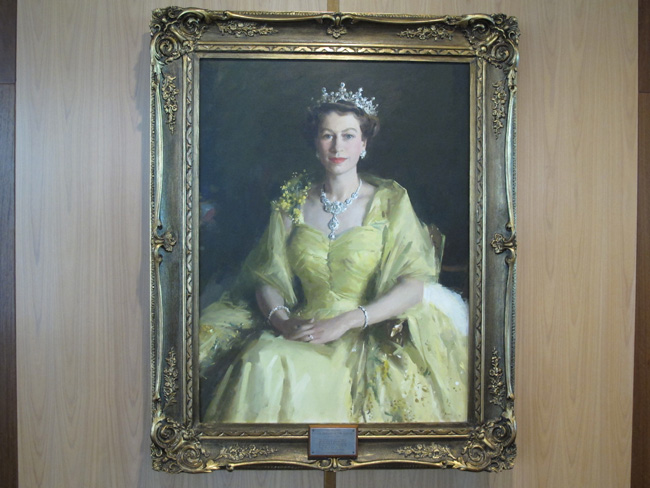 Here’s a portrait of the queen; a classic portrait with the queen looking straight at the camera. She has a nice posture looking straight up and down, and she’s got a straight back. Her hands are very relaxed and well posed. I like this image because her hands kind of frame her face. I’ve used the rule of thirds when it comes to the vertical movement of the image. Her face is in the top third and her hands are in the bottom third of the image. It’s a great classic image painted by someone who knew what he’s doing. 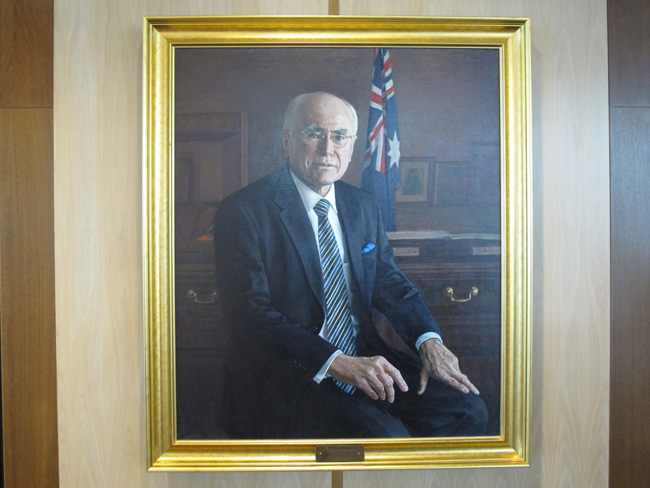 Here’s another image that I don’t like. The reason why I don’t like this image is his hands are quite stiff and awkward. It’s kinda like he’s in between saying something. It’s a very awkward image and I don’t like it at all. The Australian flag in the background, I would’ve moved that a little bit over because it looks like it’s growing out of his shoulder. Not a great portrait painting, in my humble opinion. 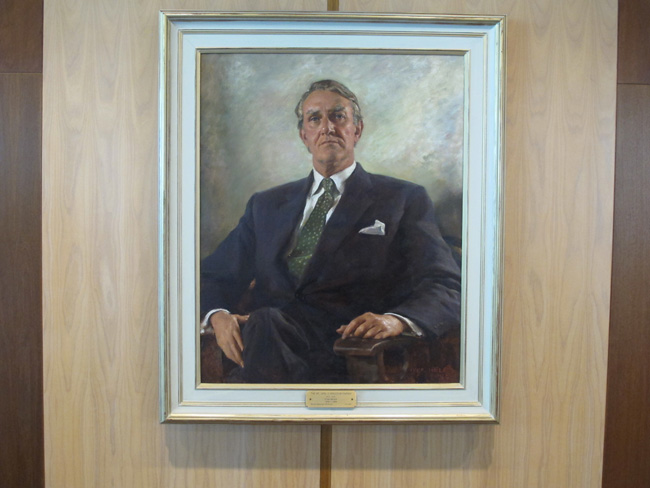 I didn’t like this one either, as he’s looking down at us. He’s obviously a man with authority. His hands are quite relaxed but he’s sitting back looking down; I don’t quite like that. If you’re photographing a portrait, it’s a good idea to get to the eye level or lower, so that you are not dominating the subject, and so they don’t feel threatened by you. 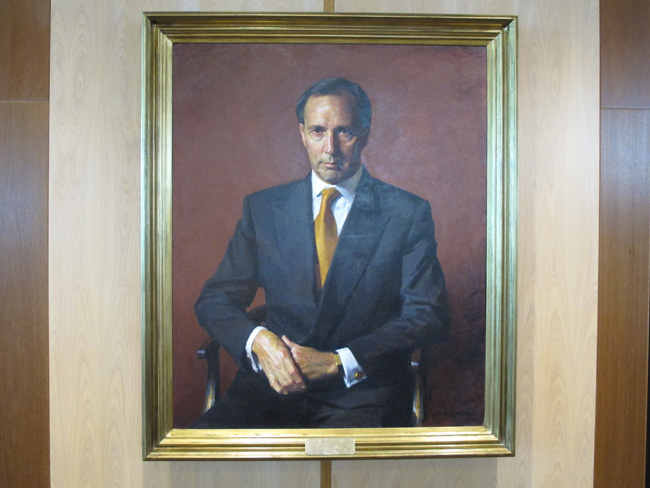 Here’s yet another one that I didn’t like because of his hands. He looks like he’s about to deal cards or something. He doesn’t look trust-worthy just because of his body language. His eyes are looking down at u, which to me does not look t trust-worthy in my opinion. 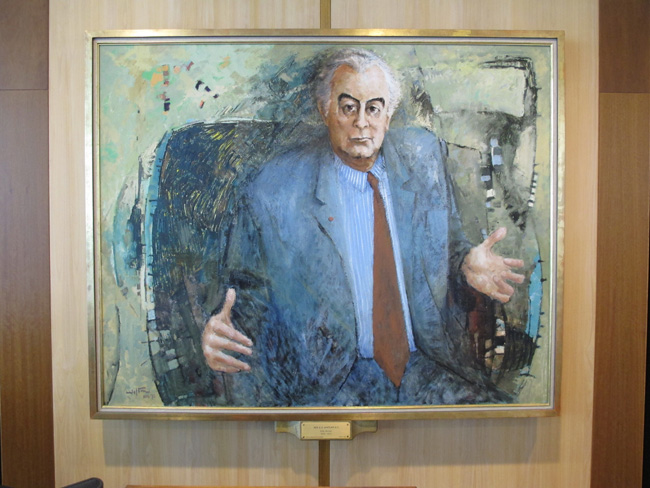 I like this one because it’s a different portrait. It’s way out there compared to the others. It’s obviously painted by someone new age. It’s kind of a little bit of rock and roll portrait. He looks like a fun-loving guy. His hands are out there looking like he’s explaining something, and it looks like there’s some musical notes in there or something in the top view colors. It’s a really cool, out there image. When you’re photographing portraits, you don’t have to obey the rules. You can be a little bit out there for people to notice you. 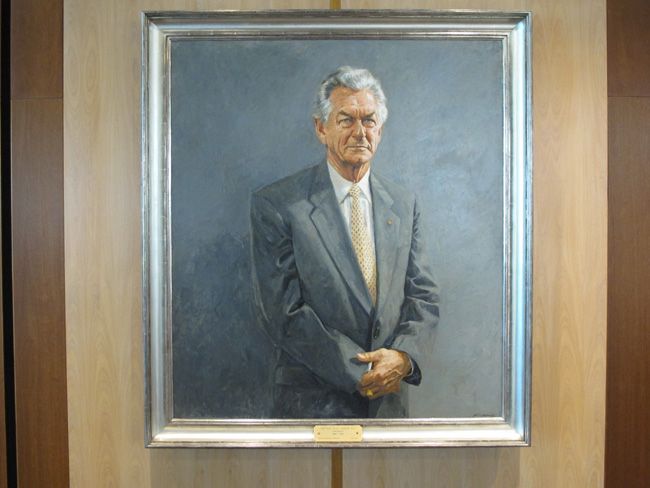 And the last one here is a classic portrait. He’s looking at the camera but he’s not turned straight at us. His shoulders and his chest are facing away at us. He’s got a classic hand pose.

So that’s how we can learn a few things from some of the great portrait painters:

I hope you learned something and hope it helped you improve your portrait photography skills. If you have questions, do leave a comment below and I’ll get back to you.

Have a great day! Brent.